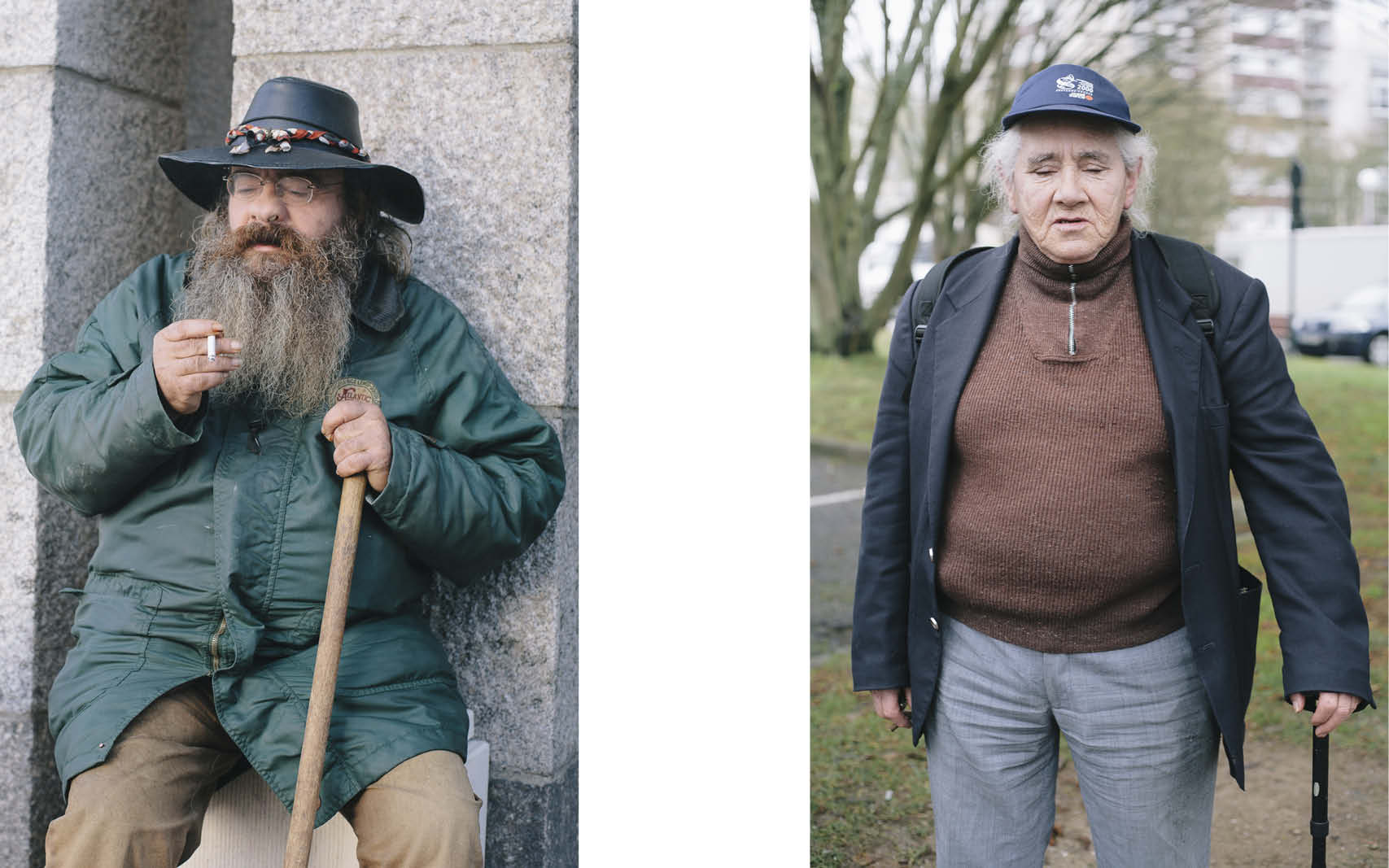 I began this research on portraiture in 2009, with the project of photographer August Sander as a reference : he wanted to portray twentieth century german society with photography. But unlike Sander’s, this series does not follow a pre-conceived plan ; it is the result of chance encounters and it plays with coincidences. The classification thus happens after the portrait is made, according to clothing, the expression of the face, or even a detail that I had not noticed when the picture was made. We will see !